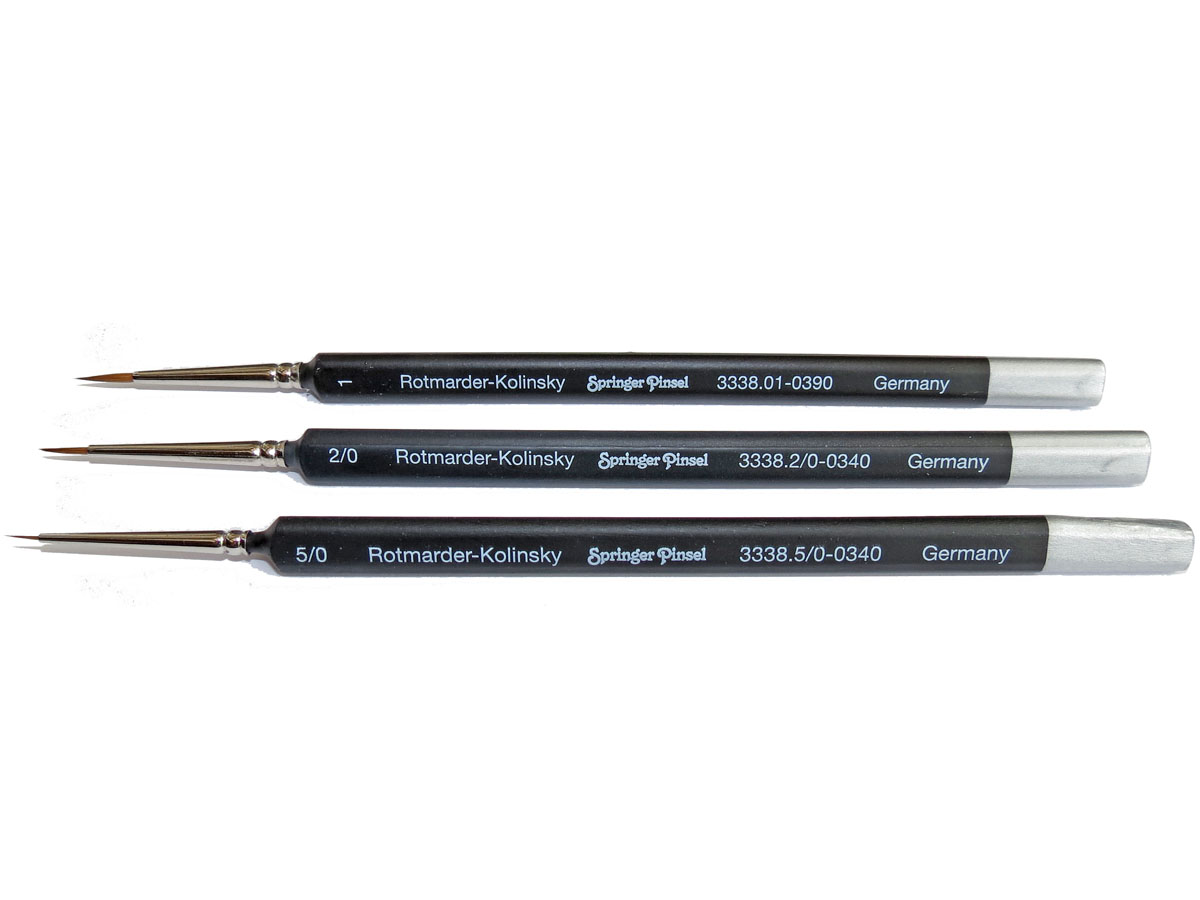 Springer Brushes are manufactured with extreme care and with exclusively handpicked materials.

The professional trained brush makers form the hairs and fix them into the ferrules. After that the "brush-heads" are connected to the individual designed handles.

Our wide range of Springer brushes offers the ideal brush for all different kinds of painting because only with a quality brush you will be satisfied by producing your own piece of art.

High-quality brushes for artists and creative persons, school and hobby, for aquarelle, oil, acrylic, porcelain, silk and textile painting, for the profession or the leisure time - always the adequate brush in the best quality - that is what Springer Pinsel stands for.

Always the adequate brush in the best quality - that is what Springer Pinsel stands for.

1910: Karl Springer, 23 years old, establishes the company in Burk. He is mainly producing natural-quill-brushes for porcelain-painting and small quantities of watercolour-brushes.

1930: The company moves from Burk to Wieseth.

1960: Willi Springer, the son of Karl Springer takes over the company.

1978: Norbert Springer, the son of Willi Springer takes over and the company moves in a new building - the production is growing.

1980: By a traffic-accident Norbert Springer dies - his wife Frieda Springer is asked to take over responsibility.

1981: Springer Pinsel GmbH is founded from Frieda Springer and Walter Beck. The assortment expands from school brushes up to artist-brushes.

1985: First presentation of Springer Pinsel at the International Toy Fair in Nürnberg. The artist-brush with triangular-handle is introduced to customers. The new design and high quality of the brushes guarantees the success. The export is growing.

1988: Springer Pinsel moves into the new building in Bechhofen-Königshofen. Since it is possible, to produce the whole range of brushes for school, hobby and artists in new premises, "Springer Pinsel" is well exported in more than 40 countries world-wide. Production is still a handicraft - administration and logistic is well computerised.