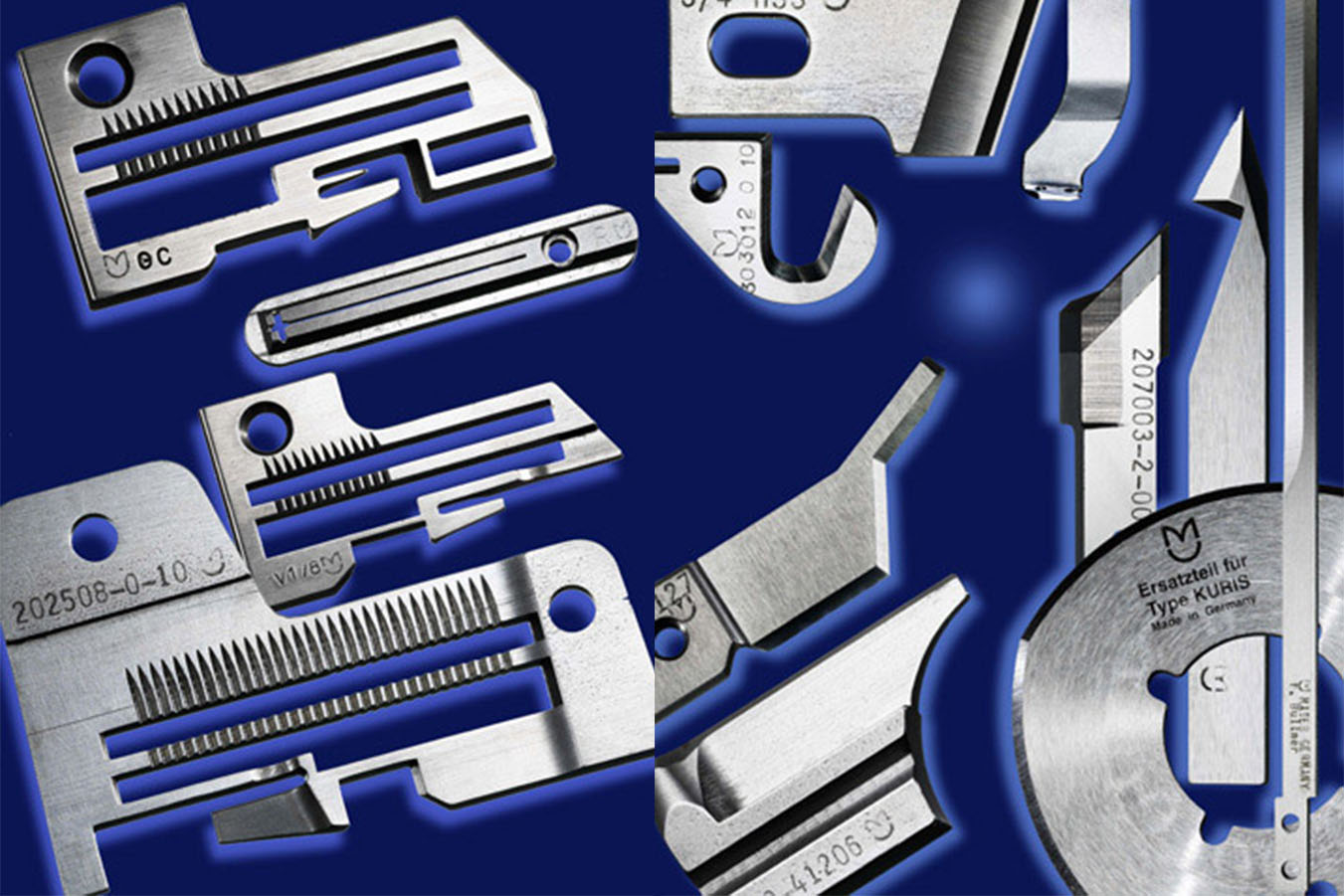 The basis of our success is a solid foundation of technical knowledge, products that meet needs and intensive consultancy services. This is why for many years we have been achieving a constantly increasing share of exports on the global markets.
So that we can continue to offer the same high standard of quality and maximum flexibility, we train our apprentices to become production specialists.
With their mechanical skills and technical qualifications, our technical staff meets the highest requirements of our customers with regard to precision.

Every part and every machine includes our experience of technology and the precise knowledge of the requirements of the clothing industry. With the high level of commitment we are meeting the challenges of the future.

In addition there is the personal commitment of our whole staff to find the best solution for your needs, so that your projects are successful and we take part of it as your partners.

What, today, is a modern, medium-sized company began in 1923 in a production workshop in the home of the founder of the company, Wilhelm Maier.

1923:  He decided to start making spare parts for sewing machines as well as bicycle pedals.

1924:  Move to the new building in the Kirchheimer Strasse 18

1934:  Knife grinders were added to the range, and in 1935 production expanded to include milling machine components. More than 20 people were employed, some of them working in shifts.

1945:  The company started a new post-war era with 11 employees producing its successful pre-war range of products. Otto and Erwin Maier, the sons of the founder, joined the new company, now called Wilhelm Maier & Söhne Unitas-Maschinenfabrik OHG. The company stepped up its specialisation in spare parts for sewing machine and started to export its goods.

1952:  Relocation of production and management in the new building in the Nuertinger Strasse 19

1957:  A milestone in development with the series production of blind stitch sewing machines. They enjoyed success at home and abroad.

1958:  Otto Maier Jr., grandson of the company founder, is responsible for sales and administration. Production of the "punktomat" button and button-hole marker machines took off, establishing itself very successfully in the knitwear industry.

1976:  Rolf Maier, another grandson of the founder, started work in the machine production technology department.

1977:  The newly developed "fadomat" skirt market, patented in Germany and abroad - goes into production relieving many garment establishments of the need to use conventional chalk.

1978:  Maier-Unitas GmbH was established. Profit centres were formed for the parts and machine production divisions.

1980:  The first scalloping machines were produced.

1992:  Klaus Maier, representing the 4th generation of the family, joined the management board.

1998:  The second factory (Plant II) for machine production, assembly and engineering design, was built right next to the original factory building.

2002:  Ulric Rechtsteiner joined the company to become successor to Otto Maier when he retired in 2003. Rolf Maier and Klaus Maier fulfil the roles of technical directors.

2007:  The management is reorganized. Ulric Rechtsteiner leaves the company. Rolf Maier and Klaus Maier assume the responsibility for sales and marketing as well as the commercial sector in a supplementary function. They are assisted by Rainer Frank, authorized signatory and head of the commercial department. By means of a reorganization of the machine production the parent factory will be enlarged and rebuilt. Plant II will be closed.