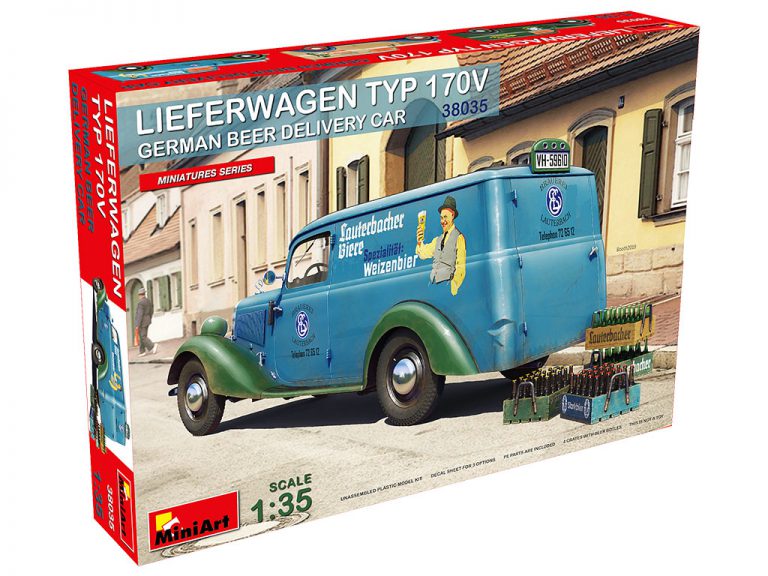 MiniArt Models was established in 2001 in Simferopol, Ukraine.

After two years of initial research and development, MiniArt Models released its first model kit in 2003 – 35002 SOVIET INFANTRY ON THE MARCH. In that year, we brought a total of fourteen new model kits to the market through their network of established distribution companies around the world.We also released our now famous vacuum-formed buildings in what would become a new series called “Buildings, Accessories and Dioramas”.

In 2005, MiniArt Models had the pleasure of presenting our kits for the first time at the International Toy Fair at Nuremburg.We now attend several other Hobby Shows to engage with modellers in person all around the world.

In 2006 MiniArt Models released its first military vehicle kit in 35th scale. It was Soviet tank 35025 T-70 M Early ProductionSOVIET LIGHT TANK w/CREW. Since then wehave brought many different models of AFVs, tanks, guns, vehicles & cars to the Catalogue (as you can see here).Each of these new kits has been of an increased level of quality and continued improvement in fit, accuracy and enjoyment.

In 2012 our new slogan was created: “MiniArt Models. Innovation is everything” it is something we think reflects our brand as it moves forward and improves with each kit. Speaking of new kits, that year also saw an additional product line multi-colored kits of models ofbuildings in 1/72 scale to aid especially Train & railroad enthusiasts. This series of kits features plastic in six different colours that can be assembled unpainted, although you can choose to paint these kits to give a more realistic  finish if you like.

That key word – “Innovation” continued in 2013 when we released a new series in 1/35 scale Miniatures Series – “Civilian Subjects that show the regular people in wartime and peace time. The first item in this series was 38001 European Tram. The very first model kit of a tram to be reproduced in plastic in 1:35 scale. We also released civilian figures to ride on the trams and even crews to collect the tickets!

In 2014 the company moved to Kiev, the capital city of Ukraine. There was a delay to accommodate this large move of all of our facilities, but this gave us time to focus on a whole new series of even higher-quality models with full interiors and detail that set a new benchmark for the hobby.

In 2016 saw all of our redoubled efforts come to fruition in yet another new series of models in 1/35th scale. The first model in a sequential run of the post-war soviet battle tanks was launched with the 37002 T-44M Soviet Medium Tank. This new family of soviet tanks continued through the T54: 37003 T-54-1 Soviet Medium Tank and continued through all of the variants of this famous tank in 2017. This series is continued with the T-55 family of tanks and its variants.