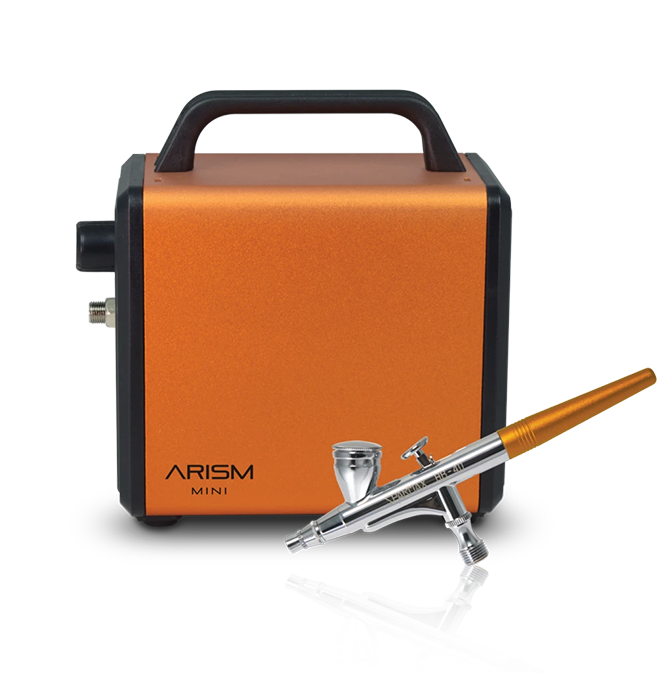 Founded in 1978, Sparmax was one of the first to design and manufacture oil-less mini air compressors specifically for the airbrush market. With numerous patented designs, we have been at the forefront of designing & manufacturing compressors, airbrushes, and related accessories for 40+ years. And over the years we have collaborated with some of the top companies & brands in the world to bring you quality, industry-leading products for airbrushing.

The Sparmax brand was started by Ding Hwa Co., Ltd., and used as its corporate brand. As of July 1st, 2018, Ding Hwa Co., Ltd. and Anest Iwata Corporation (Japan) formed a joint venture in which the Sparmax brand was transferred to the newly formed venture: "Anest Iwata Sparmax Co., Ltd." (AISP) The company is located in Taiwan, with headquarters in Taipei and two manufacturing plants in central Taiwan.

The Sparmax brand continues to be one of three divisions of AISP, with a second division, Cliq, focused on the medical market, and a third focusing on our compressor and vacuum pump businesses in all other markets. AISP is ISO9001, ISO13485, and ISO14001 certified by TUV Rheinland. Products with CSA, UL, CE, PSE, and TUV GS approvals.

AISP prides itself in designing and manufacturing products of the highest quality.Sparmax is most certainly quality that you can trust.

1978: Founded by Mr. K.T. Chen at a humble little office inside a small alley in Taipei. Imported spray can paints, lubricant oil & spray sealants from the US.

1980: Self produced spray can colors specifically for the Taiwanese market.

1986: Launch of SPARMAX Styrofoam spray can.

1987: First to introduce touch-up paint and rust remover which started the new-found demand of the DIY market in Taiwan.

1992: With limited funds, purchased 1st factory in Beidou. Till today, Mr. & Mrs. Chen remain thankful and keep in touch with the bank manager who approved the loan.

1996: Mr. & Mrs. Chen started to attend exhibitions globally, including Namta in the US, and the Nuremberg International Toy Fair in Germany.

2002: Due to the demand of global customer visit, headquarter moved to Taipei World Trade Center.

2013: Started CNC Production at Beidou Factory which produces parts and materials for the main production at Dacun factory.

2018: Established a joint venture company with Anest Iwata of Japan to utilize the synergy in the industrial and medical market.

2020: Beginning to implement Digitization and TPS at the production line. In the midst of the pandemic, business is still growing steadily.