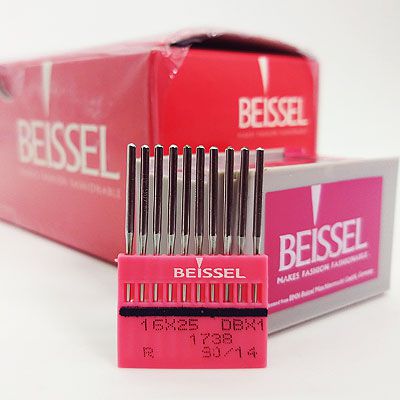 Altek Beissel Needles Limited is a venture of S Ganesh, a Chartered Accountant, Cost Accountant and Company Secretary by qualification. After more than two decades of corporate experience at senior levels, he decided to become an entrepreneur to set up his dream venture of sewing machine needles. The factory, established in 1997 as a joint venture with Lammertz of Germany, is now an entirely managed by Indian professionals and has gone global.

The factory is housed in a sprawling 8-acre campus on the outskirts of city of Chennai in Southern India. There are large open spaces, housing for essential staff and green gardens getting their nourishment from mulch of fallen tree leaves and treated waste water.

We are now one of just two companies world-wide to manufacture entire range of Industrial and Home sewing machine needles. Entirely professionally managed, Altek family is more than 100 members consisting of engineers, technicians and specialists with fierce pride in quality and determined to put a stamp as brand of choice among industrial and home sewing needle users around the world.

We manufacture more than 1,000 types of needles, each of which go through 155 quality checks before they leave our state-of-the-art factory.

1997: Altek Lammertz Needles Limited became the first company in India to manufacture Industrial Sewing Machine Needles, hitherto manufactured only in Germany, Japan, Korea and Taiwan. It was a joint venture with Lammertz of Germany who supplied machines, technology and training. Machines needles were manufactured and exported back to Germany from where it was marketed all over the world under the brands Lammertz, Rhein, Beka and Muva - each one of them with a pedigree of over 100 years. This led to recognition of Indian technical skills among other German needle manufacturing companies. All of whom shut down their German factories and moved them to India. Today, no needle manufacturing plant is left in Germany which, at the turn of 19/20th century, boasted more than 100 such factories and was the cradle of needle technology.

1999: Became the first and only company in the world to win SATRA certification for quality standards. An independent study by SATRA also proved our needle quality as being superior to German and Japanese brands.

2006: Product range was expanded to include Home sewing, Schiffli, bag sewing and other types of sewing machine needles.

2010: Introduced KING brand specially for India at challenging prices to meet competition from German, Japanese and Chinese needles which sold in India at dumping prices. KING is now the largest selling brand in India.